I woke up early in the morning with the same enthusiasm a kid would when going to Disney World. We were heading to Kyoto, city filled with serene shrines, beautiful geishas, enchanting streets, quintessential Japanese charm and age old traditions. I won’t lie, I was also thrilled to ride Shinkansen for the first time. We failed to adequately prepare and buy the tickets in advance. Upon arrival to the station on the day of travel they had only two types of tickets left for sale – first class or unreserved seats (which means you might have to stand the whole way if there are no empty seats available). It was our first ride, it had to be first class! We were promptly whisked away by the bullet train in total luxury and comfort. No ride on a Shinkansen goes without sampling ekiben, a bento box with specialty food of your destination. I enjoyed my saba, one of the varieties of Kyoto-style sushi (a mackerel nigiri rapped in kelp leaves), while also admiring the scenery from my window seat. It was a very picturesque ride and in brief two hours we were in Kyoto.

When we arrived to Kyoto the weather was less than ideal, it was raining non-stop and temperature dropped. But there was hardly anything that could keep me inside. As soon as we dropped off our bags in our cozy airbnb apartment, we ventured out to grab some lunch and explore the neighborhood. We lived very close to Nishiki Market, which provided perfect shelter in the nasty weather. We browsed the food stalls and little stores gawking at the unique craft shops and savoring some of the amazing local food, taking mental note of all the places we would want to come back to for souvenirs. 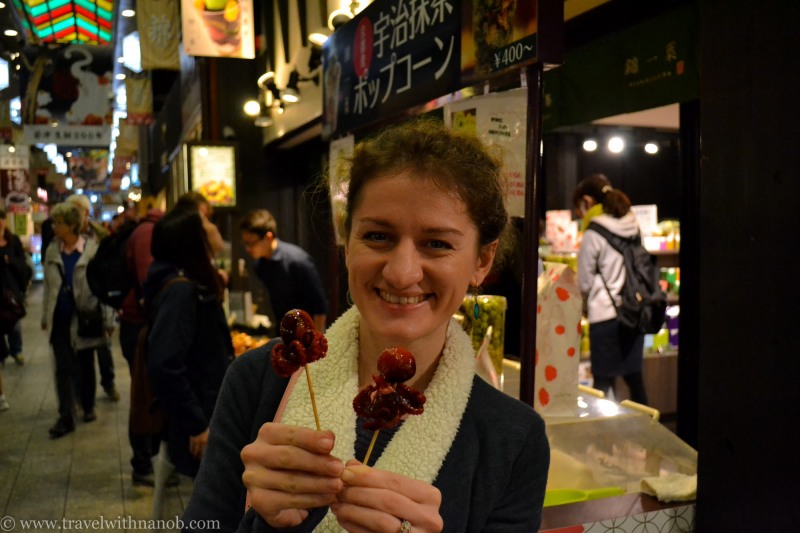 Two hours later it was still raining hard so boys decided to head home, while my mom-in-law and I chose to keep exploring. Honestly rain makes this imperial city even more atmospheric and magical. 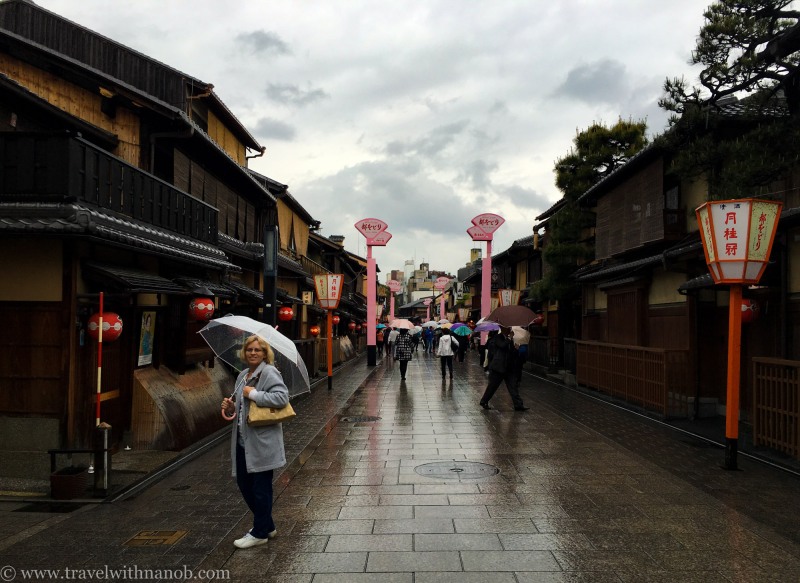 We wandered around quite a bit until our curiosity brought us to what looked like an old religious complex, dotted with temples. Honestly, it was a bit unassuming from the outside and we almost left, but my 12th sense prompted me to engage the help of mighty Google to find out where we were. Oh beautiful Kennin-ji, how could I have not known you existed….

Founded in 1202 this oldest Zen temple in Kyoto is often unfairly overlooked in the guidebooks and honestly, it doesn’t reveal its beauty until you step inside. I saw a few couples briefly peep inside and after seeing nothing but the shoe storage area at the entrance, turned around and left. That’s a shame. That day I learned that Kyoto is full of hidden gems and I found one on this rainy day. It is quite hard to describe the serenity (mainly attributed to the lack of visitors) that this place oozes and the peace it instilled in my mind and heart. All I could hear was raindrops landing on the leaves of the Japanese maple trees and the sound of the old wooden floor cracking under my footsteps. 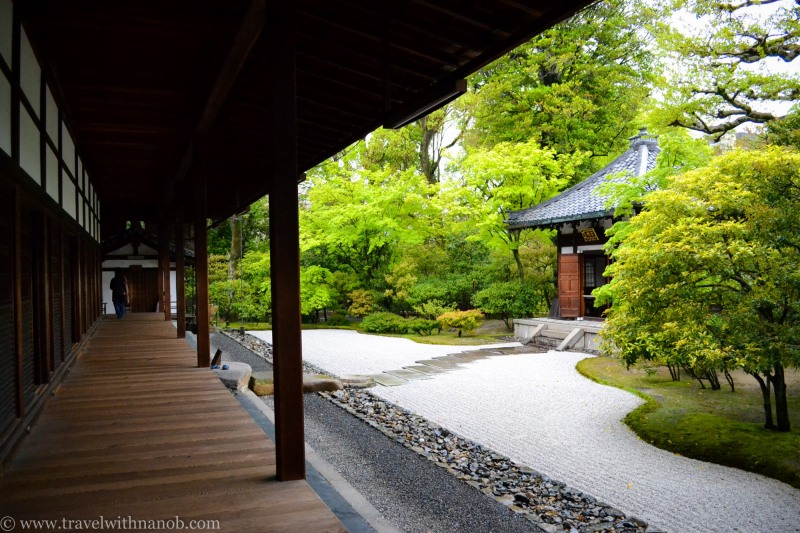 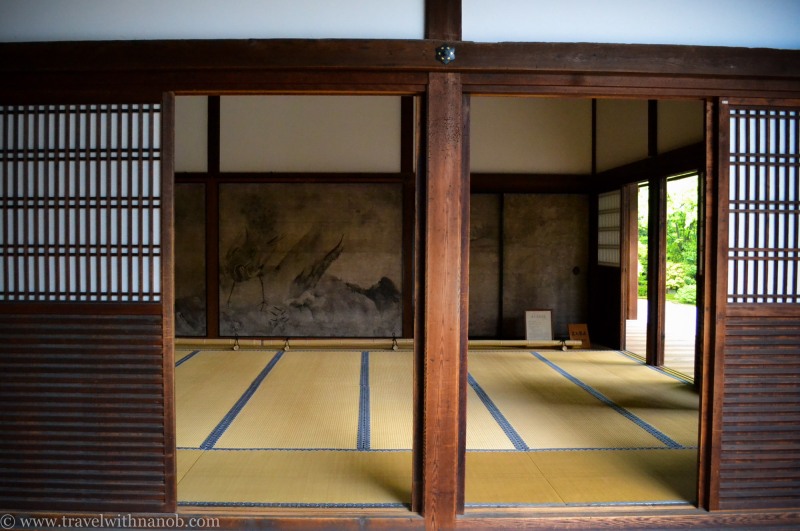 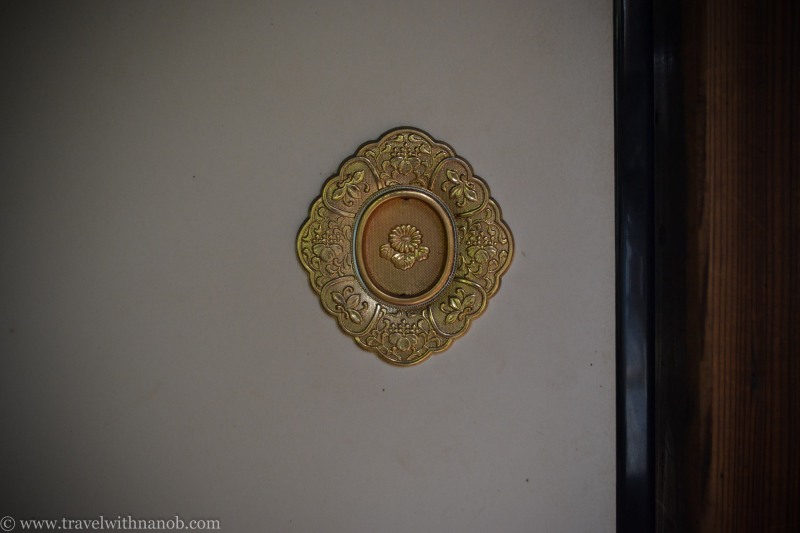 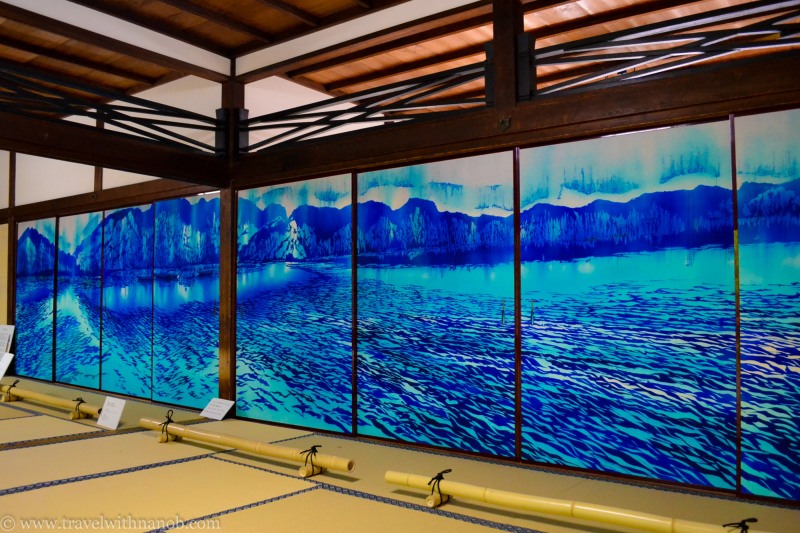 The temple is famous for paintings by Tawaraya Sotatsu of Raijin (thunder deity) and Fujin (wind deity) – personifications of unseen forces. Raijin, the thunder god, is surrounded by drums on which he bangs. Fujin (wind god) has a billowing scarf full of air as he speeds along below his companion. 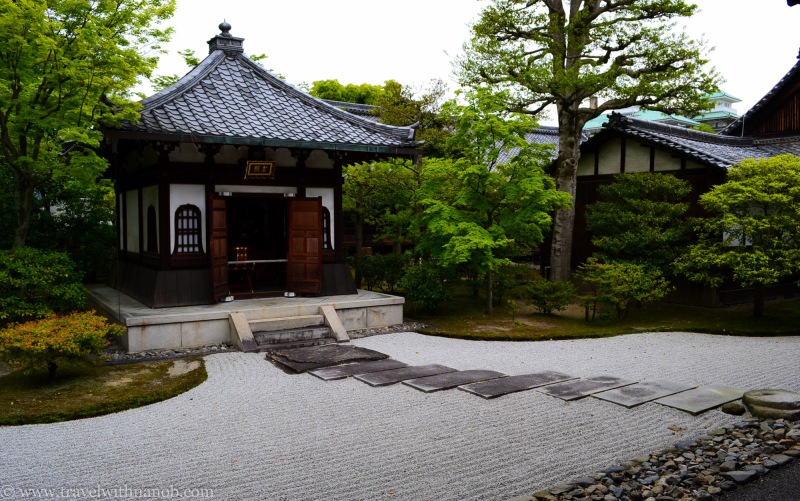 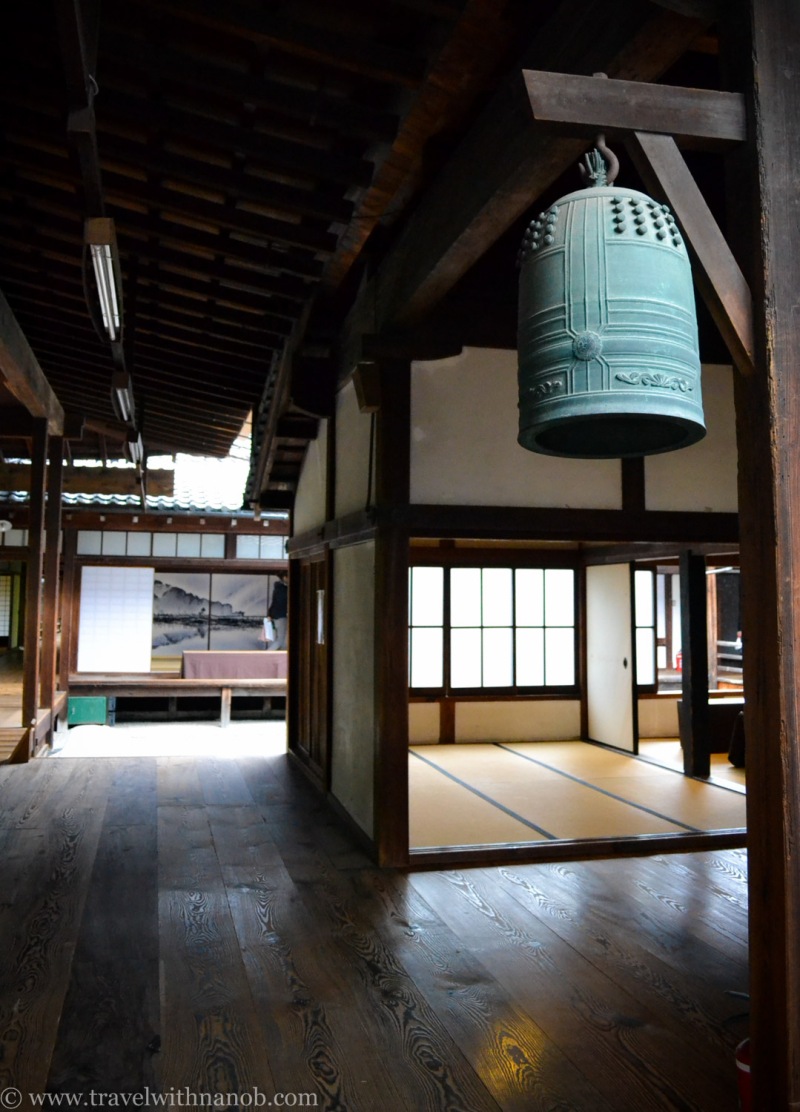 I took time to wander the ancient halls admiring the woodwork, sliding doors adorned with refined paintings depicting different motifs, tatami floors and gardens of outstanding beauty. I was mentally transported to Edo times and imagined what life would have been back then. The highlight at Kennin-ji is the fine and expansive kare sansui (dry-landscape rock garden) as well as the painting of the twin dragons on the roof of the Hōdō hall.

As simple as it looks, these dry landscapes and the message they carry are captivating visually as much as mentally. With its placement of large rocks and green moss on white gravel, they seek to achieve the effect of an ocean or lake dotted with mountains. 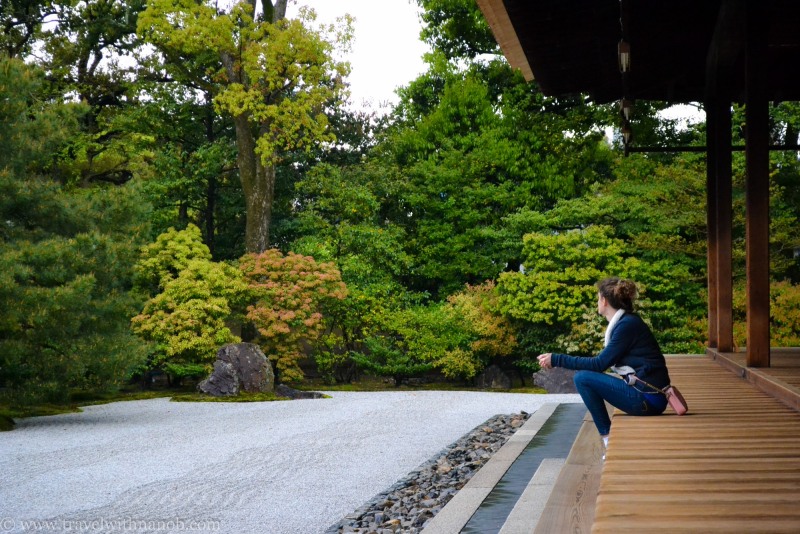 Kennin-ji is a real oasis of calm on the edge of Gion. It seemed like I found my happy nook in Kyoto which I would never tire to revisit. In fact, I returned here again with Mr. B on our last day to soak up that zen breeze before hopping on a train back to Tokyo. I don’t think I could have asked for a better start of our three-day journey in the former imperial capital of Japan.

Have you been to Kyoto? Did you find a place that particularly stood out and inspired you?