When I was doing my research on the best casual places to eat in Hong Kong, one name kept popping up – Yum Cha. Then one day I was scrolling through my Instagram feed and there it was, a table filled with the cutest looking dim sum. I knew I had to visit, especially because the reviews were mostly favorable.

We chose to visit it on our first night in Hong Kong after the boat cruise on Aqua Luna. Their restaurant turned out to be more elaborate than I expected, reminiscent of a New York loft. With a nicely furnished trendy open space and large windows, the interior was quite inviting and comfortable. 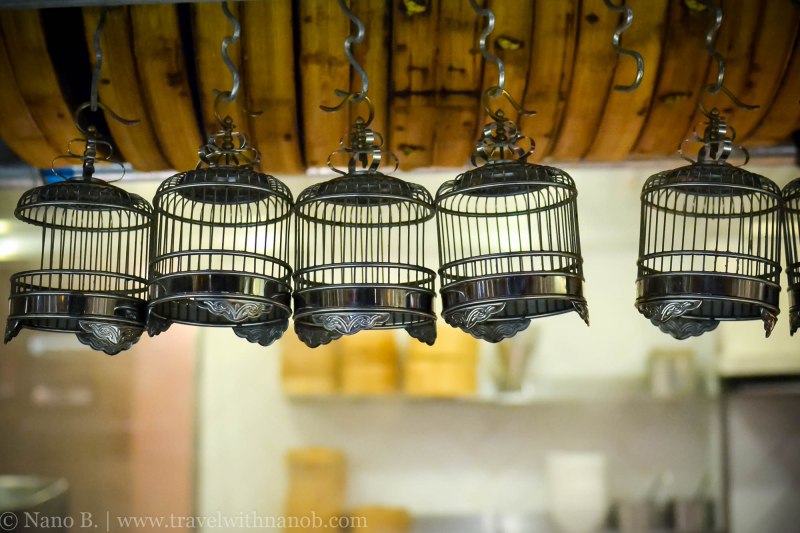 Even though it is known for its most instagrammable dim sum, Yum Cha actually boasts with a vast menu featuring authentic Chinese food with a modern presentation. To be quite honest, every item on the menu looks so enticing that I had difficulty deciding what to order or when to stop. I wanted to try so many things! The big bonus is that food here is actually very affordable, considering the high quality of cooking and great service we experienced.

Besides the famous playful dim sum, we also decided to sample some other local dishes. Marinated duck in spicy sauce was succulent and burst with flavor. I was a bit disappointed it was served cold, but it was very tasty nevertheless. 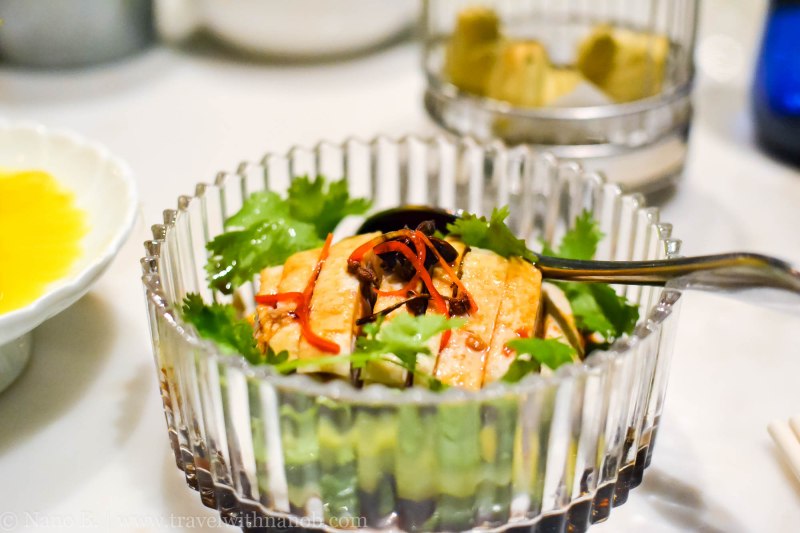 We also had spicy 1000-years-old duck egg, which sounded insanely interesting. It had a gelatinous, almost transparent texture and was accompanied with a piquant spicy sauce. It tasted just like an egg, nothing too special about it in my opinion, although the sauce did add a very nice kick to it. 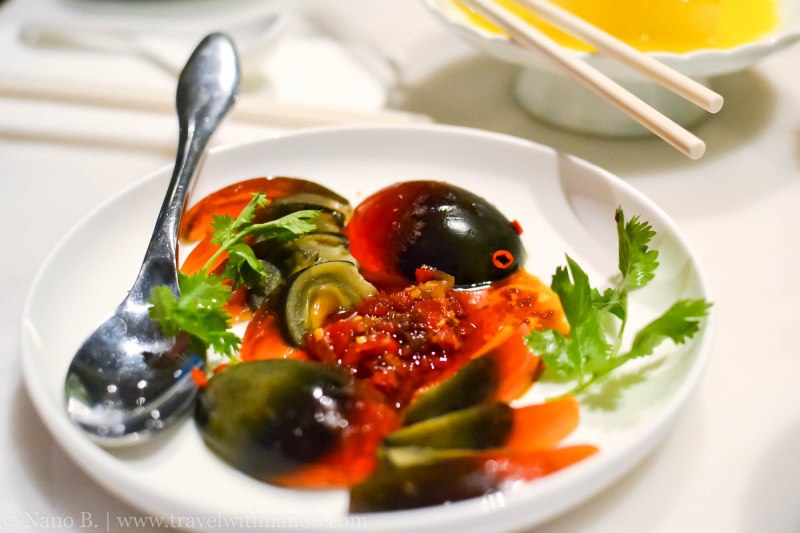 Another interesting dish was the orange wintermelon, which had a very nice crunchy texture and sweet taste.

Although I know you all are dying to know about THE Instagram worthy character buns. So we tried three varieties:  orange Hot Custard Buns, BBQ Piggy Buns, and baked crispy pineapple puff, which look like birds and are served in the cage!

I’m happy to report that the taste of these irresistibly adorable dim sum matches their presentation. BBQ buns were very well done, with flavorful and moist meat inside a soft steamed bun.

Filled with rich custard, the orange custard buns are sweet, and serve as a dessert, very very tasty dessert.

I was least excited with the bird puffs. They are filled with marmalade and were a bit dry in my opinion.

We ended the evening with an epic board of crème brulee shots, which didn’t have much alcohol in it, but boy, was it lip-smacking good!

I think Yum Cha makes for a wonderful place for casual lunch or even dinner. The food was genuinely delicious and I’d love to go back to try some other items off the menu.